Los Angeles is a rapidly developing metropolis. The headquarters of the world’s leading companies are located there: City National Bank, Hilton Hotels, Twentieth Century Fox, The Walt Disney Company, Hollywood with its Walk of Fame and many others. Everyone will find a place to live here, because this is the largest city in the United States after New York. According to macrotrends.net, its population is 12,459,000. In this article, we will highlight the 5 best places to live in Los Angeles in 2021.

This is one of the most famous beaches in Los Angeles. One of LA districts has the same name. The Spaniards first arrived there during a Christian holiday, so without thinking they decided to name it in honor of Saint Monica, the mother of Aurelius Augustine. Today Santa Monica is a typical Southern California beach town. Although it is significantly inferior to Los Angeles in area and population, it is very similar to a separate city, and not the LA area. Here you can see not only private one-story houses, but also high-rise residential complexes with hundreds of apartments. The ocean breeze helps fight smog, and Santa Monica may well boast a more enviable environment. Downtown residents have recently moved to Santa Monica more and more often, and the place is also popular with TV stars and, of course, filmmakers: many scenes of films and television shows were filmed on the streets and beaches of Saint Monica. Renting a 1-bedroom apartment here will cost an average of $ 2,350. (according to zumper.com)

If you prefer bars and restaurants to a quiet stay at home, Silver Lake is definitely for you! It is located in the eastern part of LA and is named after the reservoir around which it was built. By settling in Silver Lake, you will have the opportunity to enjoy walking or jogging around this lake every day. In addition, Silver Lake is a favorite destination for hipsters, with many signature coffee shops, trendy bars and quirky restaurants. Apartment buildings are decorated with street art. Everything is within walking distance here. Rent price for 1- bedroom apartment is around$ 2,125. (according to zumper.com) 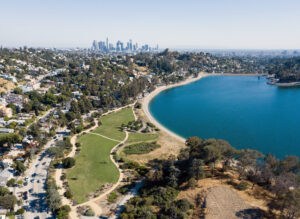 Probably the most affordable place in Los Angeles in terms of money. Here you can rent 1-bedroom apartment for $ 1,900. (according to zumper.com) But you should hurry up, because prices in this neighborhood are skyrocketing at the moment. In 2016, Monrovia was connected with the rest of Los Angeles via the Gold Line, so today you can easily get to the very center of Los Angeles even by public transport. 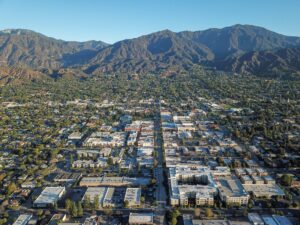 Downtown is the Center of Los Angeles. If the noise of a metropolis is to your liking, then Downtown LA is what you need. Despite the large number of homeless people, DTLA looks great! Its symbol is the famous skyscrapers. All the fashionable hotels of the city, business centers and hypermarkets are concentrated here. Average rent price for 1-bedroom apartment is $ 2,400. (according to zumper.com) 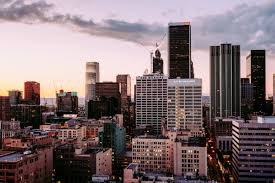 This is a truly paradise with white beaches, turquoise waters of bays and fabulously expensive real estate. There are no high-rise skyscrapers or huge film studios that other parts of the city are famous for. The main local attraction is beautiful nature. Malibu stretches along a narrow strip along the Pacific Ocean, attracting thousands of water sports enthusiasts here. However, living in this paradise is quite expensive. 1-bedroom apartment costs an average of $ 4,000 per month. (according to zumper.com). 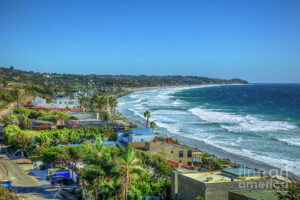 We are happy if this article was helpful for you! If you have any further questions regarding moving, do not hesitate to contact All in Moving Systems.

List of Cities Where We Will Make Your Move